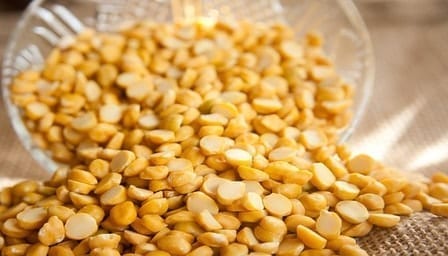 Indian cuisine is known across the world for using the most delectable spices throughout all of its exquisite dishes. One such tasty dish that is resorted to as the most soulful curry across India is the Dahl.

The Indian Dahl is cooked differently throughout the Indian subcontinent, but the most widely made preparation is the vegetarian Dahl. Meant to be eaten with rice, the Dahl is thick, mild yellow colour gravy that is cooked using a combination of spices mixed with lentils. The consistency of this curry is perfect enough to be eaten with plain steamed rice and goes very easy on the stomach.

The most important concoction in any Dahl is first and foremost the delectable collection of spices that go into it. The mix of spices includes turmeric, mustard, chilli, salt, pepper, cumin, coriander, and garlic. Here’s how some of these sought-after spices brings life to this decadent vegetarian Dahl.

The mixture of all the perfect ground spices can never miss out on the most used elements that give flavour to the dish. Without adequate amounts of salt, no dish can taste the way it does since salt is one of the prime ingredients responsible for bringing out all possible notes in a dish. Without salt, any dish would taste bland, no matter how many spices go into it.

When it comes to pepper, it’s all about the heat and the zing. It gives a volume to the dish and works really well when paired with the other spices.

Turmeric is largely responsible in giving the curry its colour. The yellow curry sports a natural colour, thanks to this ground spice which also has antiseptic qualities and lots of other health benefits. Turmeric is widely used in Indian dishes primarily for its colour and also for its healing characteristics. Apart from being a great antiseptic, the spice is also anti-inflammatory, a great antioxidant, it helps improve memory, lowers the risk of heart disease and possibly be used in the treatment of Alzheimer’s disease.

Enhancing the taste in any dish instantaneously, cumin is a versatile spice that has a wonderful aroma and a slightly bitter undertone. The overall flavour of cumin includes a little bit of nuttiness, earthiness, spiciness, and warmth. The true aroma of cumin is brought out especially when it is roasted, and it is known to have incredible digestive properties. According to ancient Indian medicine or Ayurveda, cumin has several other properties including, being a rich source of Iron, can help diabetic patients, and can also promote weight loss by cutting down the fat.

These are the spices that contribute in the scrumptious taste and health of the Indian Dahl. If you’re new to spice blending, let us do the hard work for you with our Indian Lentil Dahl Curry Spice Blend.