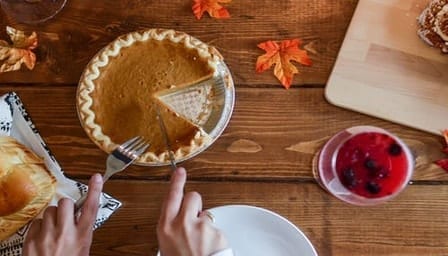 When pumpkins appear in the market, it is a sign of fall. This season, also referred to as autumn, is a period of transformation. Temperatures dip making way for hearty comforting food, warmer clothing dominates your wardrobe and trees shed their leaves. It is a picturesque time of year and a perfect season to embrace change.

Honestly hard to comprehend how this humble vegetable can be eaten in various forms – roasted, made into a wholesome soup or even converted into a yummy dessert. The latter also known as Pumpkin Pie is a very popular delicacy. While making a pumpkin pie recipe in Australia, the following spices are incorporated:

Cinnamon sticks are commonly used in savoury dishes as they are delicately aromatic while ground cinnamon is added to desserts, cakes, and beverages. This sweet flavoured spice has a pungent taste and is known for its culinary and medicinal properties. Cinnamon lends a well-balanced depth of flavour to every recipe and when consumed, has a refreshing, warm and comforting effect. In addition, cinnamon is also known to settle your stomach, improve blood circulation, digestion and boost your metabolism.

As a spice used in several alternative medicine, ginger is popular addition to many dishes. After peeling the skin off, ginger can either be julienned, sliced, chopped, grated or minced to make optimum use of its goodness. It lends a mild amount of heat to the pumpkin pie recipe in Australia. Moreover, it boasts of powerful anti-inflammatory and antioxidant properties. Ginger has a pungent taste and can give you quite a kick when directly consumed.

Nutmeg powder is derived from the dried seed of the nutmeg tree. Just a hint of this heavenly spice is sufficient to enhance the overall dish. Nutmeg is considered healthy as it possesses antibacterial properties, aids digestion, relieves pain and treats insomnia.

A lovely spice associated with traditional festive delicacies, the aroma of allspice is like a heady combination of cinnamon, cloves, and nutmeg. It makes for an excellent marinade and a pinch of this wonderful concoction releases its intoxicating flavours in sweet recipes too.

Black peppercorns are actually dried berries that add a nice punch to your recipe. It is recommended you buy whole peppercorns and crush them at home to release their uniquely sharp flavours. Considered as the king of spices, black peppercorns are round in shape and when consumed, they leave behind a lingering aftertaste. Store them in an airtight container in a cool, dry and dark place. This wonder spice helps relieve colds and cough, stimulates digestion and enables weight loss.

For a truly magical experience, serve the pumpkin pie while still warm with a dollop of cream.