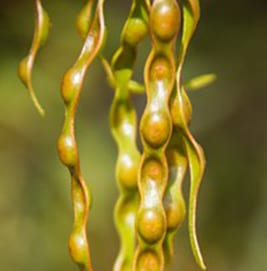 From the sweet flesh of freshwater marron to the tangy saltbush, you are spoilt for choice when it comes to Australian superfoods. These nutrient-dense and potent foods have sustained the indigenous population of Australia for years. These powerful groups of foods are high in minerals, vitamins, and antioxidants and have set new standards for taste and nutrition. Here are a few Aussie superfoods that we think are a must in cooking for health, wellbeing and taste:

This undervalued native Australian food tastes unbelievably delicious and provides plenty of proteins. From choc chip cookies, to sweet honey cake to various meats and veggies, wattleseed recipes are diverse, flavourful, and super aromatic. These seeds have tough husks that enable them to survive in the harsh Australian climate and protect these mighty superfood seeds. Quite naturally, its nutritional value is also as powerful as its exterior. Along with proteins, wattleseeds have rich concentrations of carbohydrates, calcium, potassium, fibre, zinc and iron.

They are often ground to be incorporated into wattleseed recipes. Upon roasting the ground form, you get a nutty, coffee aroma that is simply irresistible. So, swap your coffee beans for ground wattleseed the next time you want an invigorating, healthy boost in your day. Why not give this wattleseed latte a go next time you have that coffee craving? This caffeine-free brew is warming, restorative and just the energy boost you need!

This bush tucker food is one of Australia’s favourite. The leaves give out a lemon-lime flavour that adds a zesty aroma to a pot of tea. It can also be used in all forms of cooking and delivers a similar taste to lemongrass. The fruity, fragrant flavour of lemon myrtle pairs with so many flavours from chillies, to ginger, to galangal, to even sweet tastes of cakes, pastries, and desserts.

Ranking high on Australia’s superfood scale is the Kakadu plum. This native Australian fruit has some of the highest levels of vitamin C compared to any other fruit in the world. In fact, its Vitamin C content is over 100 times the vitamin c that’s found in an orange! Its antioxidant capacity is also an impressive 5.2-times more potent than a blueberry. Being this strong, you will only need a few bites to reap its innumerable health benefits. Add a teaspoon of this amazing food to your early morning smoothie for an added health boost and the wonderfully fruity taste and aroma of pears and stewed apples.

Saltbush were the lifelines for the native Australian population. As the name implies, the plant has salty leaves which provided essential minerals and protein for indigenous Australians for generations. The presence of salt also aided in the treatment stings and cuts. Today, they are used to wrap around fish or meat before cooking or as a healthier seasoning alternative to salt. They can also be used for stir-frying along with garlic and ginger for a tasty umami flavour. If you are preparing beef from cattle that have grazed on saltbush, then you are likely consuming high levels of vitamin E that’s excellent for things like our skin and hair.

Native Australian foods are some of the most underrated in the world but their flavour and endless nutritional benefits are unsurpassable. They are powerhouses of nutrients and give out a taste and aroma that is totally unique to our homeland. Start your journey into some of these homegrown gems today and see all that’s available on our very own soil!