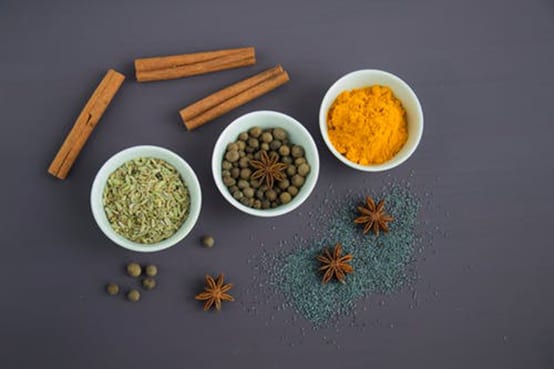 Turmeric belongs to the ginger family. It is a flowering plant called Curcuma longa, which is native to the Indian subcontinent and Southeast Asia. Turmeric is traditionally a rich colouring and flavouring agent in various Asian cuisines, primarily used in curries. It has a bitter, warm taste and mild earthy aroma.

In India, turmeric powder is an essential ingredient in biryani, soups, and stews. In Vietnamese cuisine, stir-fried and soups have turmeric. Similarly, Thai cuisine has turmeric in their curry and turmeric soup.

Apart from cooking, turmeric is used as a dyestuff and as ayurvedic medicine, since it has high levels of curcumin. Below are some of the uses of turmeric in daily cooking.

Add it in Egg-Based Dishes

Sprinkle a pinch of turmeric over any egg preparation, be it scrambled, omelette, frittata or quiche. The spice will make your dish look vibrant by imparting a bright yellow colour. Since it is not spicy-hot, there is no change in the taste as such.

Use it in Salads

You can use turmeric powder in salads in two ways. One, sprinkle it over your chopped vegetables. Curcumin present in turmeric helps in weight loss. Pairing the spice with black pepper helps to increase the absorption of curcumin, making it more effective.

The second method is to prepare a salad dressing with turmeric, white miso paste, lemon juice, tahini, and olive oil. The turmeric makes the dressing anti-inflammatory, making the green salad even healthier.

Relish it in Soups

Add turmeric while boiling the soup. Boiling turmeric enhances its solubility as well as the absorption rate of curcumin in the bloodstream. One can gain the medicinal value of the spice and also enjoy the super-rich flavour it has in the soup.

Use turmeric in gut-soothing soups. For these soups, chicken or vegetable broth is the base. Add loads of vegetables and prepare the soup. Keep adding turmeric until the flavours are perfect. It helps to treat inflammatory bowel conditions, including irritable bowel syndrome.

Rice dishes such as lemon rice have a bright yellow colour. It is due to the addition of turmeric. A pinch of the spice is enough to make the rice look very attractive. It is one of the ingredients in biryani. The turmeric works well in combination with the other spices. Make sure to add turmeric in small quantities, taste and then add more if needed.

Drink a warm glass of milk with a pinch of turmeric and sugar. It will, for sure clear your throat and give you relief from cough and cold.

Another drink that you can make is turmeric tea. It is a traditional ayurvedic remedy to recover from cold and also muscle soreness. This tea contains simple ingredients – water, turmeric, grounded ginger, and black pepper. Further, use oat or coconut milk in place of water to make delicious creamy golden milk latte.

To summarise, turmeric not only enhances the colour and flavour of any dish but also contributes to its medicinal value.

Liz is our founder, dreamer & passionate spice evangelist. She is passionate about enriching life & does what she can to add that extra bit of spice to life.
View all posts by Liz Edgecombe →
« What Do You Need for Making the Best Harissa Paste?
Spices You Can’t Do Without for Making Delicious Moroccan Carrot Soup » 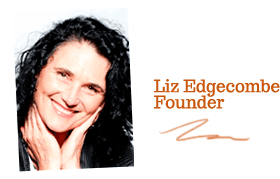