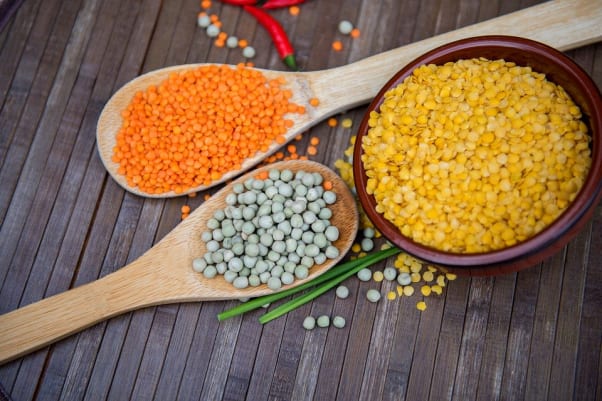 Dahl is one of the most versatile ingredients of Indian cuisine. It is used in a wide range of dishes, making it an important part of Indian Kitchen. Every region in the country has its own recipe of dahl. There are different types of dahl that are used for cooking different dishes. So if you are looking to prepare an Indian Dahl recipe, you must first know the types of dahl available in the country.

Mung dahl is also referred to as green gram. These are green from outside and yellow from inside. Mung dahl has been a part of Indian cuisine for centuries now and used in both sweet and savoury dishes. You can eat them as a whole, split or sprouted. These are an excellent source of protein, potassium, manganese, magnesium, folate, zinc, copper and vitamin.

Masoor Dahl is also known as a red lentil. It has brown skin with orange interior. It has an earthy flavour to it and used in making curries and soups. Masoor dahl is commonly used in northern Indian. It is a good source of potassium, protein, vitamin, iron, and fibre.

When whole, it is black dahl but when it is skinned it becomes white. The famous Indian dhal recipe, dahl makhani is made with black urad. Urad is also the main ingredient in making dishes like medu vada, papads, bondas, payasam, dosa, etc. This type of dahl has an earthy flavour and slimy texture. Urad dahl is known to be a good source of protein, facilitates digestion and controls cholesterol.

Toor dahl is also known as pigeon pea or arhar dal. It is another commonly found dahl in Indian kitchens. However, it is the most commonly used dahl in Gujrati households. These are pricier and used for making different kinds of curries and stuffing. They have a distinctive nutty flavour. Arhar dahl is a good source of iron, magnesium, vitamin, calcium, and folic acid.

Matar dahl is commonly known as dried peas and has some of the easiest Indian recipes. It is popularly used in Indian street foods or snacks. There is a green and yellow variety. Matar dahl is high in dietary fibre, protein, manganese, vitamins, potassium copper, and folate.

Channa dahl is also referred to as garbanzo beans, chickpeas or Bengal gram. This dhal has two varieties – Kala channa and kabuli channa. Kala channa is smaller in size and dark in colour. Kabuli channa, on the other hand, are white ones with large size. Channa dahl is an excellent source of folate, protein, fibre, copper, manganese, iron, and zinc.

Dahl is one of the most used ingredients in the Indian kitchen. And above are some of the popular kinds of dahl that you would find in this country. Each of them is extremely versatile and used to prepare different kinds of cuisine in different regions of India.