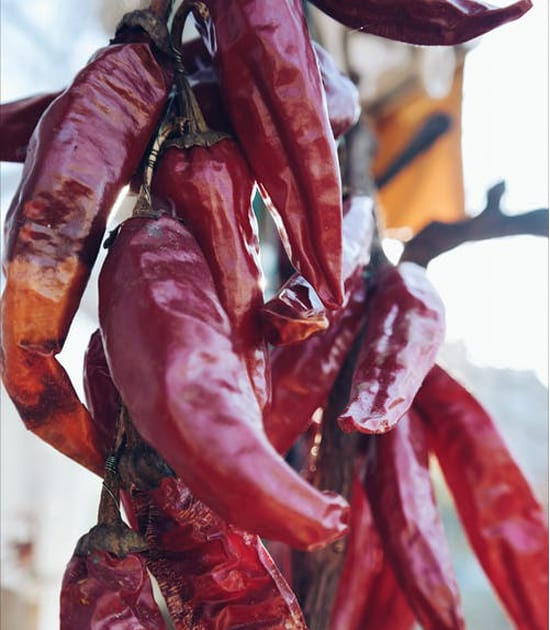 Chillies are a fruit that is native to Central America, and its cultivation dates back to 5000 BC. Chillies are dried to preserve the flavour so that people can use them even after cultivation season is over. When chillies are dried, they get a unique flavour and can be used in a diverse way. There are different kinds of dried chillies originating from different parts of the world and today we are listing a few of them below –

Chiles de Arbol are small and bright red chillies that are commonly found in Mexico. They don’t have much flavour, instead used to add hotness to the stews, sauces, and soups. Typically, they are added as whole in different kinds of dishes. The transaction of chiles de Arbol in Spanish is simply dried chillies.

Pasilla chillies are thin, long and almost black in colour. They are also extremely hot and not recommended to people who cannot tolerate spice. These have a distinctive flavour; this is slightly astringent. Pasilla chillies are perfect to balance rich sauces and heavy stews. These are often stuffed with meat and cheese.

Chipotle chillies are dried, ripe, and smoked jalapeno peppers. These are slightly sweet and extremely hot with a strong smoky flavour. These are popularly sold dried. However, you can get in a packed can with vinegary tomato sauce known as adobo. These are extremely spicy and have a lot of flavours.

Guajillo is another commonly used dried chillies in Mexico. It is quite cheaper than other types of dried chillies. They have smooth and dark-red skin accompanied with purple tones. Guajillo is quite long and narrow around 5 to 6 inches and 1 1/2 inches in width. It can be fairly hot with a sharp yet pleasant flavour. They are commonly grounded with other ingredients in order to make cooking sauce or seasoning paste.