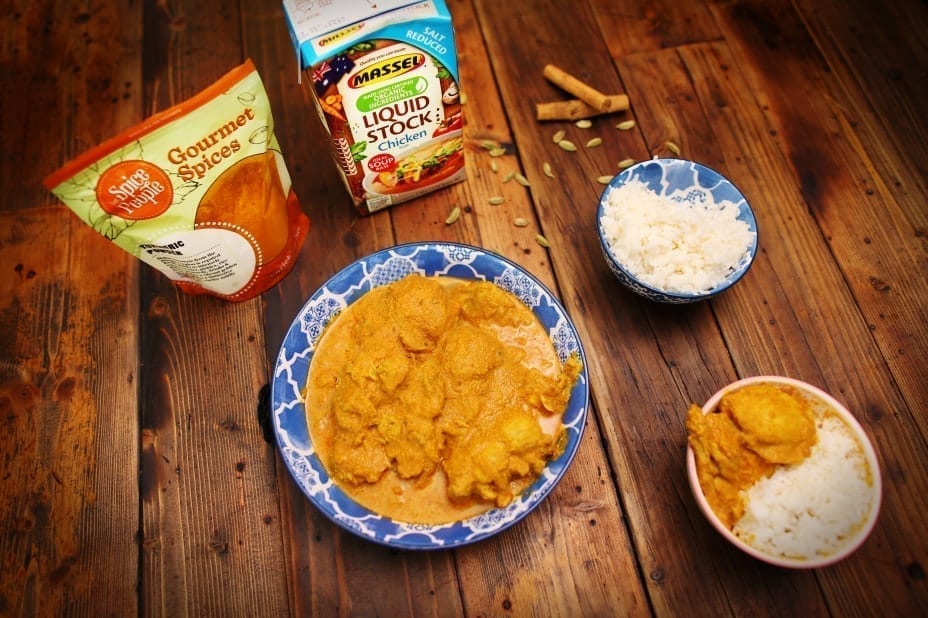 Butter Chicken is a favourite of ours from our local takeaway and always such a hit with the kids. With aromatic spices, a rich gravy and succulent chicken there’s nothing more you want from a curry but you can achieve that same delicious taste at home and in fact, we think it’s even better! With a plethora of spices this dish is a labour of love but oh so worth it.

We don’t just love the taste of food but we also eat with our eyes so with the added golden glow of turmeric and the rich deep red of sweet paprika, this dish is one to satisfy every sense. Simmered away until the chicken is tender and falling apart, the gravy has infused with all those aromatic spices and finished off with a little cream; this dish is ultra-decadent and a real treat to make at home.

If you’re poor on time or pantry space, check out our own Spice People’s Butter Chicken Curry blend. We’ve done the mixing work for you to make life a little simpler.

One thought on “Aromatic Butter Chicken”