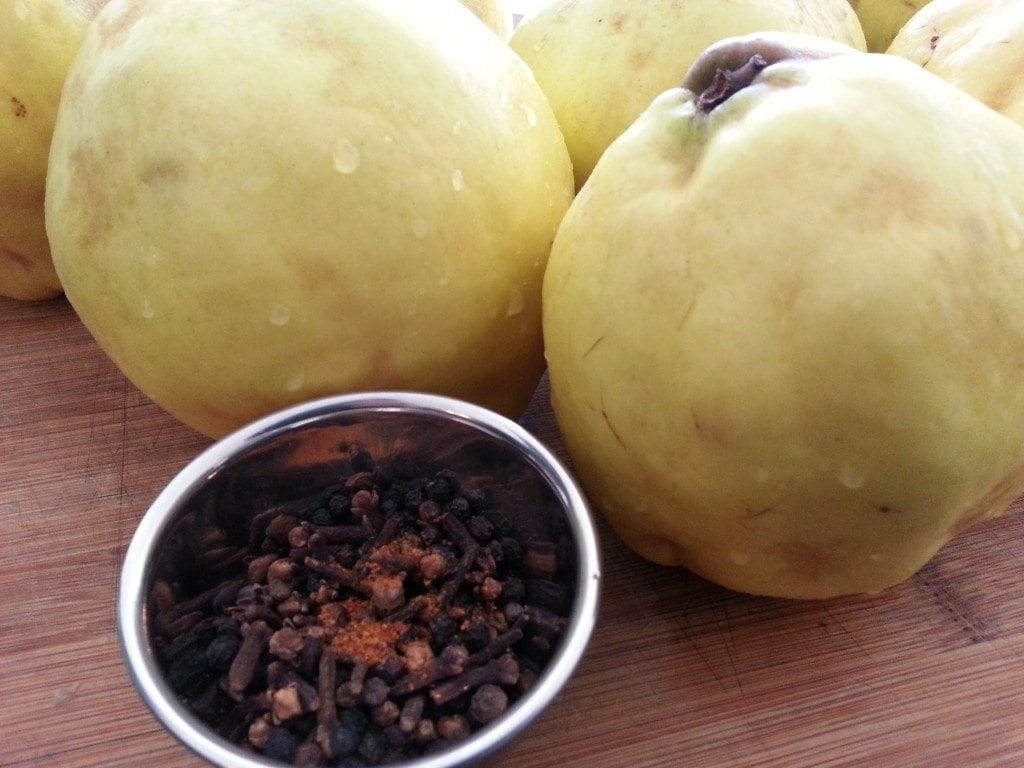 Quinces are grown best in hot dry climates around the world and are used in both savory and sweet dishes. Some people are put off using quinces due to their long cooking time. This is why pickling the quinces in vinegar and sugar is such a great way to make it easier to use these tasty condiments all year round. Sweet pickled quinces elevate slow-cooked dishes to another level particularly lamb and pork. At the same time, they can be poached in vanilla bean sugar syrup and transformed into an amazing dessert.