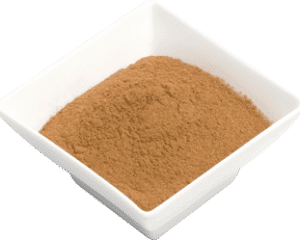 Ceylon Cinnamon Ground or 'True Cinnamon' is the variety used for medicinal and culinary purposes. It is a spice obtained from the inner bark of several tree species from the genus Cinnamomum. Ceylon Cinnamon is used in both sweet and savoury foods to impart a warm spice flavour. In the Middle East, it is commonly paired with meats such as chicken and lamb. The term ‘cinnamon’ also refers to its mid-brown colour.
Show More

Ceylon Cinnamon is highly sought after for its wonderful health benefits and beautifully sweet warm aroma and flavour. The spice people carry pure cinnamon in varieties as cinnamon ground and cinnamon sticks, as well as cinnamon sugar

Ceylon cinnamon has been hailed as the "true cinnamon" or the "real cinnamon" that possesses outstanding health benefits especially for diabetics and those challenged by obesity and high cholesterol issues. Cinnamon is also a very strong antioxidant. In fact, in some studies, cinnamon beats out chemical antioxidants and most other natural spices. Cinnamon also helps stop the growth of bacteria as well as fungus. Depending on your level of expertise around fungus, you may already know cinnamon is potent since it is very effective against the common candida yeast.

1. What is the difference between cinnamon and Ceylon cinnamon?

Ceylon cinnamon is sweet and delicate in taste as compared to regular cinnamon. Ceylon cinnamon has a low concentration of Coumarin (a naturally occurring blood thinner).

Ceylon cinnamon is better in quality than your regular cinnamon. Ceylon cinnamon can be consumed in large quantities and is safer because of its low coumarin content.

3. Is Ceylon cinnamon good for you?

Ceylon cinnamon has been popular for its antioxidant, anti-inflammatory, and antimicrobial effects for years. It lowers your blood sugar, improves cholesterol, and regulates blood flow.

4. How much is Ceylon cinnamon safe per day?

You can take 0.5-3 grams of Ceylon cinnamon daily for up to 6 months. Consuming more than that can be possibly unsafe.

5. Where can I buy Ceylon cinnamon?

You can easily find Ceylon cinnamon in the nearest grocery store or simply order it online from our website.