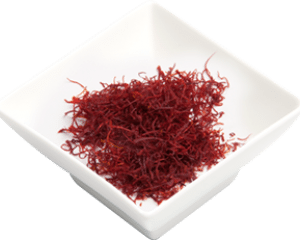 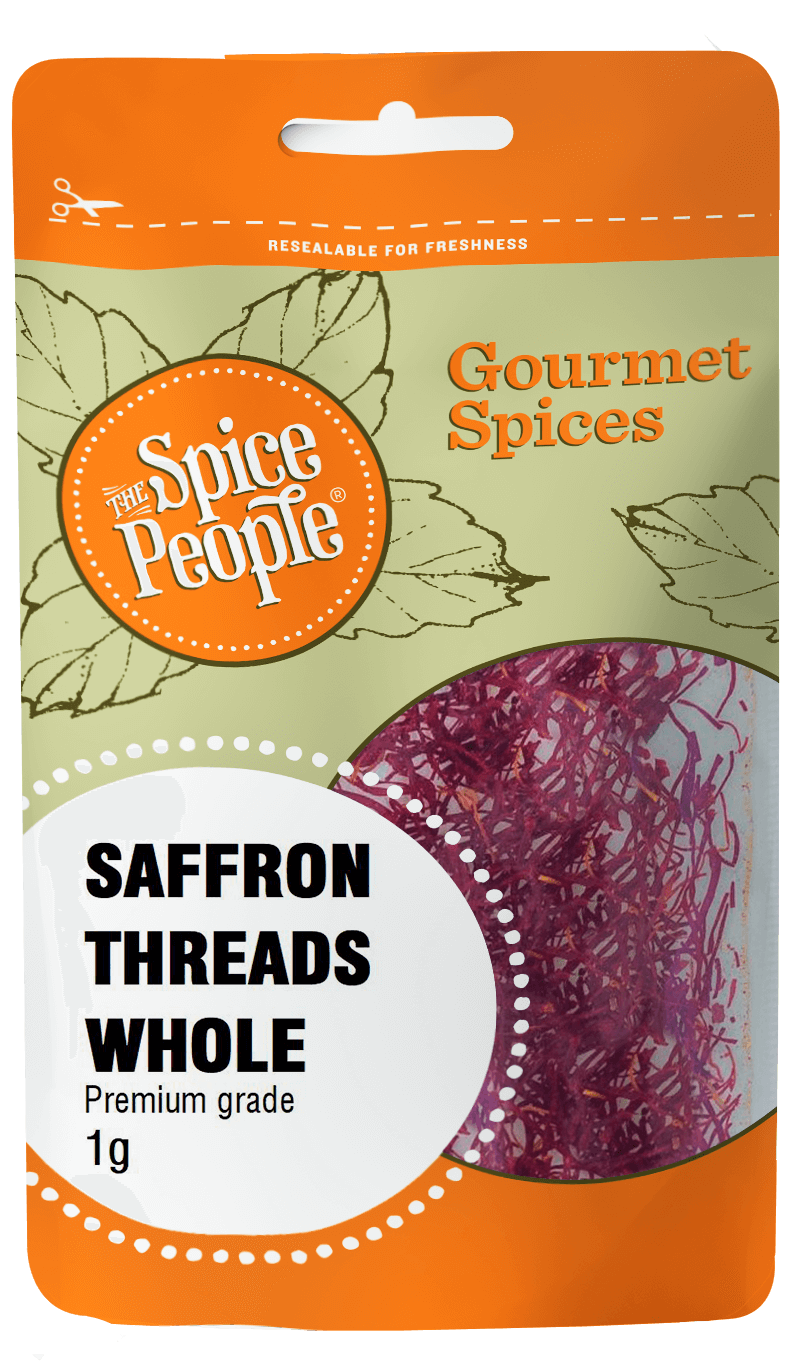 Saffron is the world’s most expensive spice by weight. The saffron threads are the whole stigmas from the purple-flowered crocus.  Its golden color can be imitated by cheaper spices such as safflower and turmeric.  Saffron's rich and delicate flavor is unable to be imitated.  Saffron is widely used to color and flavor dishes in a variety of cuisines, including saffron rice, biryani, paella, risottos, and bouillabaisse.
Show More

Saffron threads are used in all manner dishes, particularly those that include seafood and shellfish, as well as a variety of rice, sauces, and soups. Saffron is the world’s most expensive spice by weight. Saffron threads are the stigmas of the purple-flowered crocus. Each flower produces only three threads, which are picked and sorted by hand. It is used for its slightly woody and sweeter floral aroma, color, and medicinal properties. Saffron’s golden color can be imitated by cheaper spices such as safflower and turmeric, but its rich and delicate flavor is unable to be imitated. It is used to color and flavor dishes in a variety of cuisines, including Indian dishes such as saffron rice and biryani, Spanish dishes such as paella, Italian risottos, and French bouillabaisse, as well as a range of other recipes including bread, seafood dishes, and soups.

Saffron has health benefits and medicinal properties. It is considered as an antioxidant and disease-preventing. Its antioxidant properties protect the body from stress, cancer, and infections. It is also considered to be an antiseptic, antidepressant and help aid in the upkeep of good digestion. It is a good source of minerals such as copper, potassium, calcium, manganese, iron, selenium, zinc, and magnesium. Additionally, it is rich in vitamin A, folic acid, riboflavin, niacin, and vitamin-C. The abundance of vitamin A means that it is often considered to prevent retinal decay over time.

Other names or spelling: