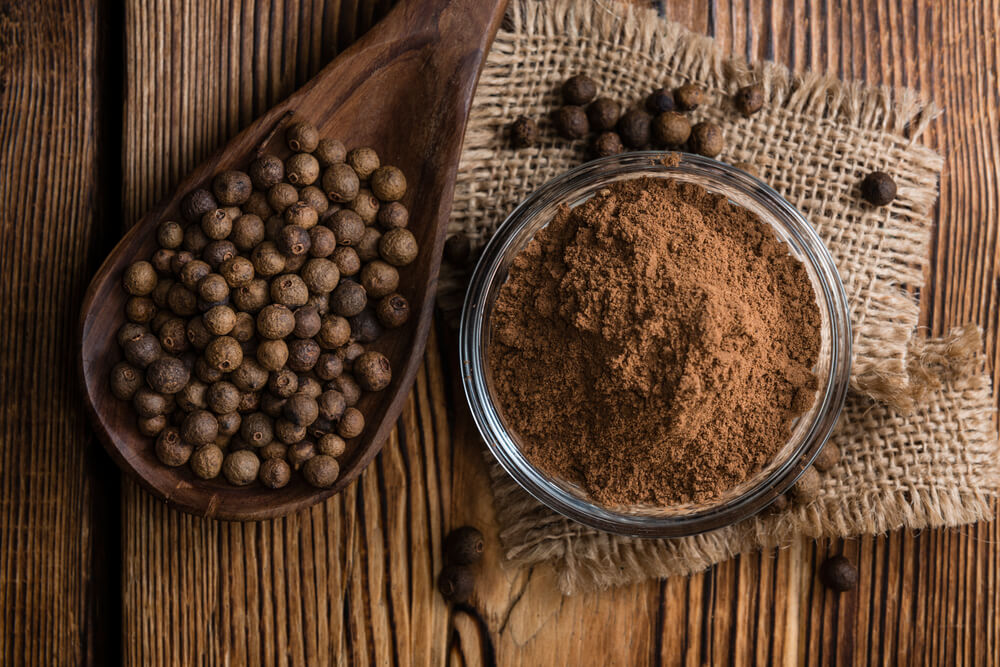 Despite what the name might infer, Allspice is not in fact a blend of ‘all’ spices, but a whole, single spice in itself. Used in both sweet and savoury dishes, Allspice is derived from the Allspice berry that’s used whole and ground to impart a very unique, distinct flavour. Also known as pimenta officinalis, the pimento tree or the Jamaican pepper, Allspice was given its name in the 17th century when it first came to Europe, as its taste was said to be the amalgamation of cinnamon, nutmeg, and clove in one. The berries are harvested when green and unripe, fermented, then sundried until they turn a red/brown colour.

Where did Allspice originate?

A member of the clove family, Allspice berries are grown on the tropical Pimenta dioica tree originating in the West Indies and Central America. Allspice is used whole and ground predominantly in Jamaican cuisine as a prominent ingredient in Jamaican Jerk Seasoning, for picking vegetables and making sausages. It is also used widely in Middle Eastern cuisine for making slow-cooked meat dishes and tagines, and in European cuisine as part of the popular dish Swedish Meatballs. The flavour profile of Allspice

Allspice is a super-aromatic, warming spice with the sweetness of cinnamon, pungent spiciness of nutmeg and clove, the fruitiness of juniper, and the subtle warmth of black pepper.

How do you use it? The primary compound in Allspice is an essential oil called eugenol. Eugenol helps to treat digestive issues, reduce pain, and has many anti-microbial properties. It is also known to have antioxidant and antiseptic properties, as well as commended for its ability to improve circulation in the body.

Although Allspice is a unique one with its own distinct flavour, if you find yourself without, you can emulate its spicy, warm, sweetness by combining ground cinnamon, clove, and nutmeg. Just add small pinches at a time and combine well until you’ve got your desired scent and flavour.

Alternatively, you can also use the popular blend Mixed Spice, which has already done the flavour balancing for you!